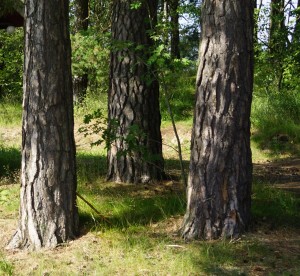 Sometimes regulators can’t see the trees for the forest.

“Equity Crowdfunding” or CSEF is the  forest. It is a new area, countries worldwide are contriving regulations that are yet to be proven and have no track record of success as legislation or as a “forest”.  Australia, by copying something unproven and bettering it is a high risk approach for an area by investing millions in new regulations. (NB: CSEF = Crowd Sourced Equity Funding)

Here are three reasons why the new Australian regulatory framework for equity crowdfunding is the wrong approach for startups and millennials will leave it in the dust.

ONE: Traction and lower costs doubtful

After personally handling around 200 crowdfinance raises in Australia two things are apparent.

TWO: Its about Small business funding not a new asset class

The word “crowdfunding” will disappear just like”cyberspace”,  “ecommerce” and “internet marketing”  has. It is not a new way of doing things it is just an evolutionary development driven by internet adoption. eBay (auctions), Lending Club (small loans), Kickstarter (pre-sales) and similar entities didn’t need a new regulatory framework as like CSEF they are just an internet fuelled evolution of a traditional way of managing transactions.

Building a new regulatory framework based on empowering intermediaries rather than developing smart approaches to peer to peer transactions is going against the tide and is short sighted. Millennials will create pathways around this by using blockchains, coloured bitcoins and other peer to peer methods that will render this legislation unnecessary, unusable and a total waste of time and money.

Equity Crowdfunding as expressed in Title III in the Unites States and CSEF in Australia is about funding small businesses. It is already legal for Title II and Sophisticated Investor Crowdfunding in Australia.

It is not about creating a new securities asset class. Maybe only 1% of all retail funded crowdfunded businesses will ever list on a stock exchange. The focus should be on ways to seamlessly allow friends, fans, family and followers to participate in funding an entities growth as easily as contributing to a Kickstarter campaign.

If equity sourced crowd funding is going to work in Australia it needs to:

To get new jobs thousands of businesses need to efficiently use equity crowdfunding. If we look to the licensed platforms approach in New Zealand, which includes one Australian platform, there is strong evidence that curation, filtering and cherry picking is just letting through the ones that probably would have been funded anyway. Under 20 raises in a year are not even statistically significant when it comes to jobs growth.

The tweet below shows that two raises for five platforms in a month is two narrow.

Tweet: NZ Crowdfunding in August got difficult. Only two of four offers succeeded. One would have made the promoter happy. interest.co.nz/news/77398/rai…

As I said above “The focus should be on ways to seamlessly allow friends, fans, family and followers to participate in funding a small businesses growth as easily as contributing in a Kickstarter campaign. Irrespective of the type of instrument used.

The Small Business Minister The Hon Bruce Billson MP should focus resources here rather than on building a new regulatory framework for an asset class that will never fire. The task for Mr Billson is to shift the Australia circle below towards small business funding by using data driven solutions.

Some alternative thoughts are as follows:

Next: Equity Crowdfunding needs to embrace tomorrow not yesterday to get traction