This is my submission to Dr Kathleen Dermody, Committee Secretary, Senate Economics Legislation Committee who have the task of reviewing the Corporations Amendment (Crowd-sourced funding) Bill 2015 [Provisions] Submission

Mismatch – Not for small businesses

There is a complete mismatch between the marketing of “Crowd-Sourced Funding” and what this bill will achieve.

It has been touted as good for small business and good for jobs.

However as it is written, together with the requirement to have a licensed intermediary with an AFSL, there will be no traction for raises under $1 Million unless they are a one in a thousand raise that VC’s and others like. Witness New Zealand. 21 raises in the first year with many being hybrids of existing raises handled by the financial services sector.

After having direct experience with nearly 300 equity crowdfunding raises, and considering the requirements of an intermediary in the bill, upfront costs will be at least $30,000 per raise and platforms with an AFSL license will cherry pick raises that in reality would have got funded anyway. It will be an intermediary financial services driven sector rather than a small business funding sector. No-one wants to pay $30k to see if they can raise $200k!

In reality this legislation will allow a few members of the public to attach themselves to raises by businesses that would have been funded anyway. It is framed to support the existing financial services sector rather than the small business sector.

To get job creation you need volume. The way this bill is constructed there may be between 50 to 100 non-property equity raises a year due to the restrictive requirements this bill imposes. Work out the dollar amount to date to study, implement and monitor this legislation on 100 raises and you will easily see that the numbers don’t stack up.

This bill, at best, will effectively allow some members of the public into raises that the AFSL holders would have funded anyway, there will be minimal jobs upside here. To truly get volume here the legislation should not be securities focused but funding focussed. The question is “What legislation do we need to construct to empower thousands of small businesses to legitimise funding from friends, fans family and followers”.

The crowd will catch a bad actor long before the regulator will. There is nothing in this legislation that truly harnesses this. The platform should, like eBay be the publisher only of the offering. They should not be the regulators police.

Much has been written about Australia becoming a leader in FinTech. FinTech is evolving because we are moving from a Centralised to a Decentralised to a Distributed model. This legislation is written for a Centralised Trust model that evolved from the 1930’s and does not prepare us well for the future. Australia led the world with the Small Scales Offering Legislation and now as a latecomer in Equity Crowdfunding we have wound back to one of the most conservative legislation attempts in this sector worldwide.

We should have a light legislative oversight and heavy dependance on crowd based monitoring coupled with an evolution to a blockchain driven trust environment where the trust factor travels with the transactions with full transparency.

A centralised regulator neither wants nor will be able to monitor this if large volumes evolve. Fortunately for them the way the Australia legislation is written volume raises by small business will not occur and neither will jobs growth. 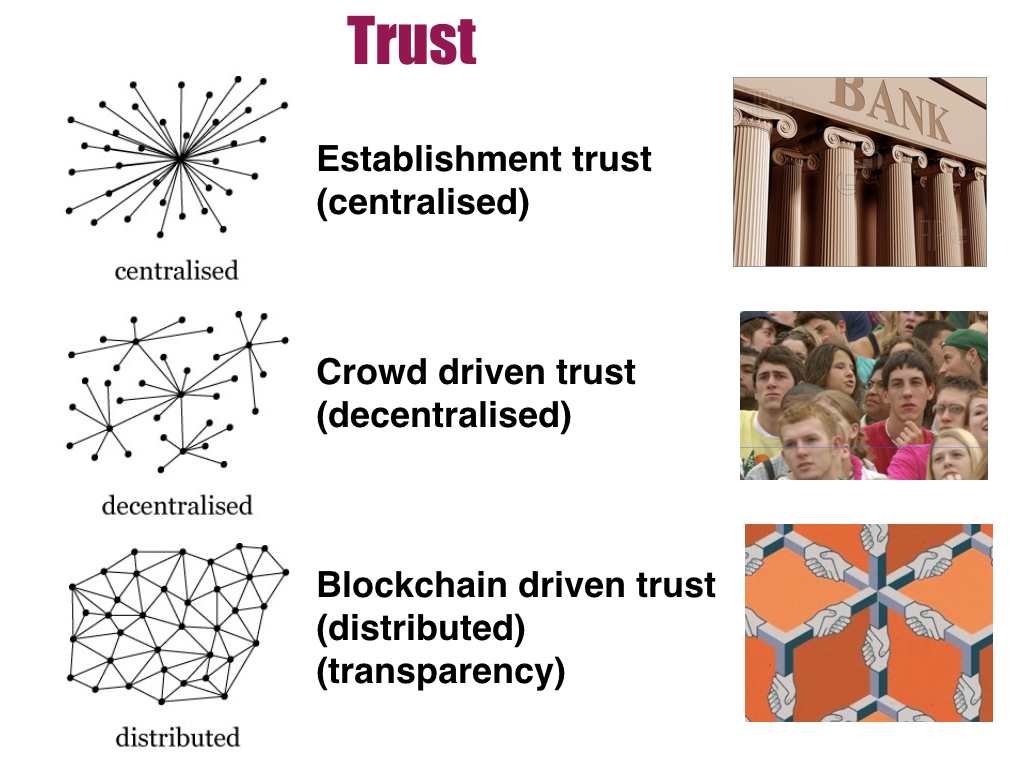 As the picture below details for all four parts of the Crowdfunding Ecosystem to work it is not just about fitting an existing regulatory structure and it’s incumbents. It needs to recognise that it is more about funding than securities and that platforms are publishers not police.

Trust this submission provides some objectivity on what the legislation is trying to achieve. At present it is building upon legislation built around how things evolved from the 1930’s stock crash and seeing how it can be matched to existing financial services incumbents. It is not worth putting any more time in to implement something that wont deliver value relative to the cost to maintain.

Previous: Equity Crowdfunding but whose crowd is it?

Next: What Government Sell Downs can learn from Crowdfunding Techniques