Around the world there is little evidence that regulators can provide a regulatory environment to get traction in the investor aggregation space for retail equity crowdfunding raises under say $600,000.

Even in the United Kingdom, where the regulator has allowed the industry to develop and has fine-tuned the regulations as they go virtually every raise takes advantage of the Enterprise Investment Scheme (EIS) . This means that it is primarily the government curaton process that is selecting listings rather than the entities wanting to have a go at welcoming their friends, fans, family and followers into the business.

Virtually every report on retail / non-accredited investor / Title III funding has said the cost of the raise will be too high to give traction. Alternatives are needed.

The high cost of a $600k and under raise comes from both regulatory requirements and what the intermediary needs to handle the raise. A fairly standard intermediary minimum is $5,000 a month retainer or $20k up front. In addition for the company raising funds there will be a wealth of other costs. Some put the total at $100,000. Hardly workable if you are only raising $300,000. This approach enables stakeholders to track their ownership without the direct involvement in the record keeping and transfer process needed for a central authority. It also doesnt require an intermediary other than the platform.

The following diagram details the alternative: 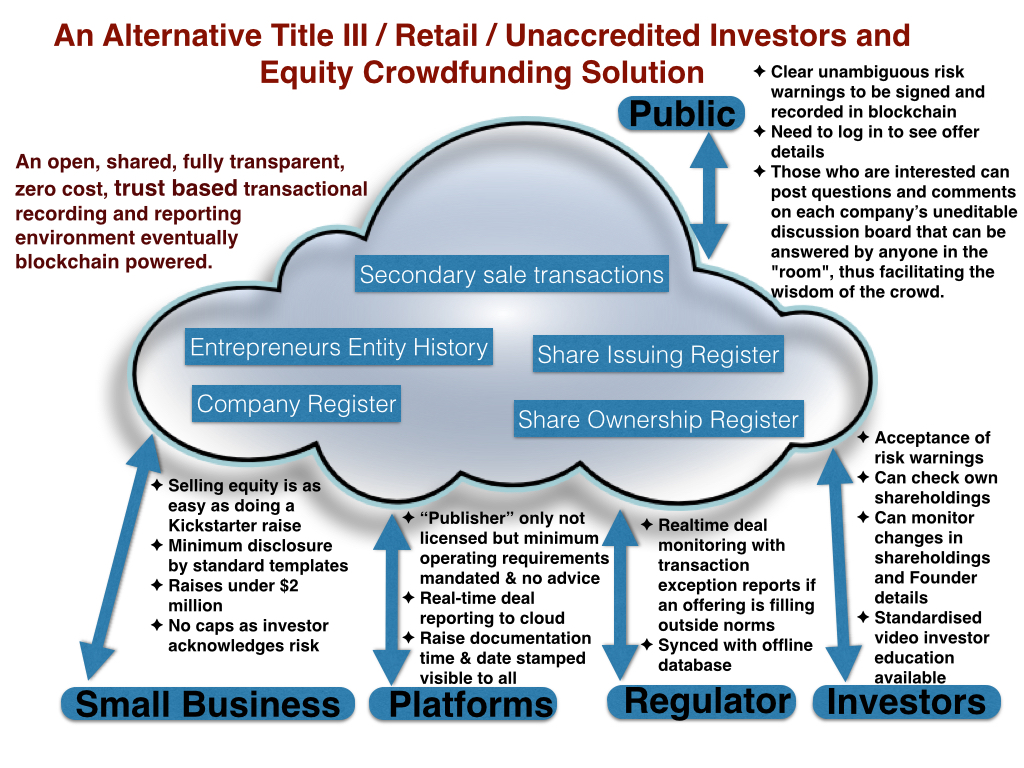 The various stakeholders would operate via the blockchain or cloud based system in differing ways but each would do so at the lowest possible cost relative to the information or service they require.

By the time Title III is out the Blockchain will be ready for this. Bring it on! Lets empower the lower left below. 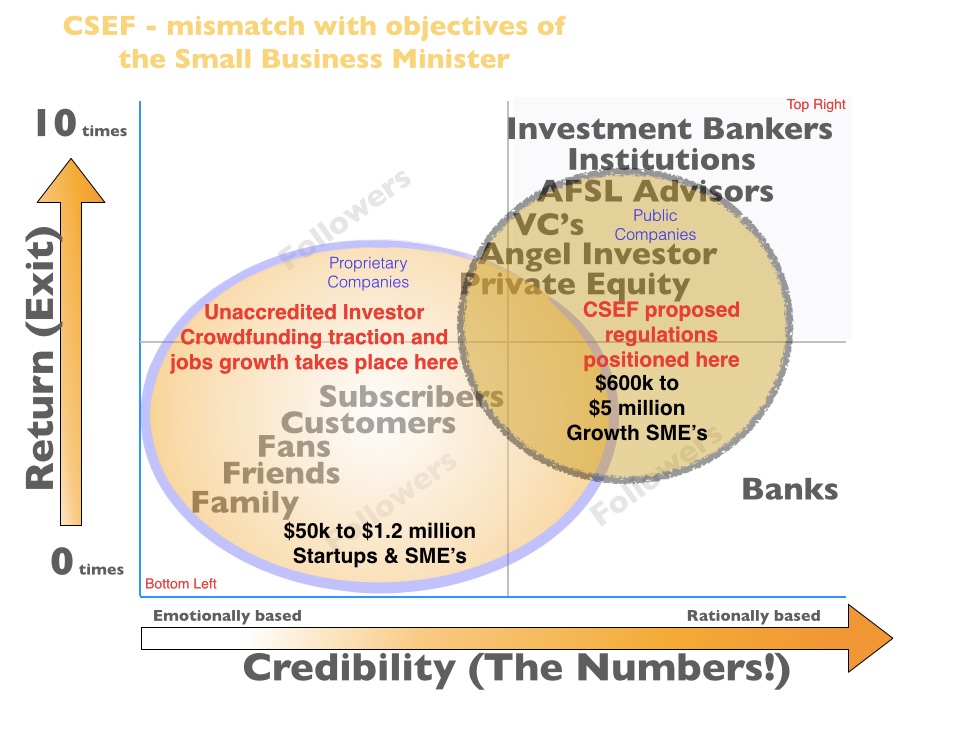