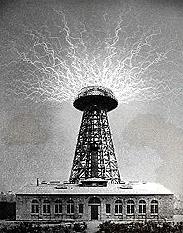 Many a good innovation dies on the vine due to the lack of funds to make a prototype or take it to market.

Crowdfunding is bridging this gap.

The main idea with reward and equity crowdfunding is that the innovators and their helpers set up a fund raise as a new project on a crowdfunding platform. The innovators, now promotors, invite others to assist them with funding their goal within a specified timeframe. Most projects have a funding goal that if reached makes their project worthwhile. Depending on whether the crowdfunding is donation, reward or equity based backers receive a gift, product, a good feeling or shares.

In a recent Indiegogo presentation I attended it became obvious to attendees that reward crowdfunding is not just about the money. Innovation is at the core of virtually all raisings. The presentation highlighted five reasons innovators may use a rewards crowdfunding platform to raise capital.

There are now thousands of examples world-wide where innovation and crowdfunding go hand in hand.

And … this is just the beginning.

1 thought on “Crowdfunding and Innovation”