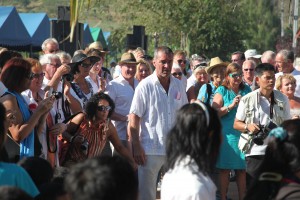 There is very little discussion in Australia about equity or investor crowdfunding. James makes the point that Section 708 has allowed a small crowd (limit 20) to invest over many years and maybe it is time to increase the 20 to 50 or 100 or beyond.

Watch the video in the middle of the James Eyers article as Legal Consultant Bob Austin puts some context around legislation changes.

In recent years, the global economic downturn has caused banks to restrict their lending practices, enabling equity-based crowdfunding to become an alternative source of raising finance for a business, project or ideas.

The crowdfunding concept, popularised by Kickstarter in the United States, Crowdcube in the United Kingdom and Symbid in the Netherlands (the latter using cooperative investment structures), has now been firmly accepted into US law as a viable route to finance, through the creation of the Jumpstart Our Business Start-Ups (JOBS) Act.

Implementation is expected once the SEC finalise the compliance structure and operational rules and processes. Whilst Australian based ASSOB has managed to assist Micro-Issuers to raise equity capital within the prescribed the provisions of Section 708 of the Australian Corporations Act, the current economic climate has made it difficult for Micro-Issuers to obtain investment from their personal investor network and these businesses subsequently languish in operation. The simple reason is that a Micro-Issuer’s personal network does not always have an abundance of liquid cash resources to invest in a high risk and often early-stage venture.

If we consider twenty (20) personal contacts investing in 12 months, with an average ASSOB investment by a single investor being $38,000, it is problematical for companies to find twenty (20) personal contacts – family, friends and fans – with $38,000 to invest. Of course, the answer is to publish a registered disclosure document seeking smaller amounts of investment parcels, however the reason for s708 is, in part, to reduce the financial and legal burden for Micro-Issuers when seeking equity funding from their personal contacts. For these reasons a suggested path forwards is an increase from the twenty (20) investor ceiling to a higher number of ‘personal investors’ for those persons involved in making or calling attention to offers of securities through the business introduction and matching service  such as ‘Australian Small Scale Offerings Board’.

This would mean for a $300,000 raise the parcel size could be as low as $3000 per investor (whilst the U.S. has also introduced maximum investment amounts per investor we have not found this an issue when the matter seeking funding is portrayed fairly and without hype on a platform monitoring compliance).

It is over 25 years since the small scale offering legislation was brought in to play in Australia. It refers to Bulletin Boards instead of websites so that is an indicator of its age. The reason for the creation of s708 was, in part, to reduce the financial and legal burden for Micro-Issuers when seeking equity funding from their personal contacts. This is also the fundamental driver for investor crowdfunding. Section 708 as a means for friends, family fans and followers of a business to be able to affordably buy shares was pioneering Australian legislation that has stood the test of time.

Now its ime for Australia to show the world again.