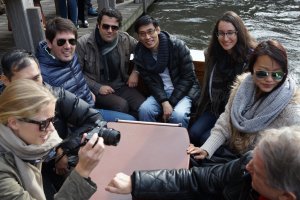 This article with an Equity crowdfunding headline got me thinking.

First equity crowdfunding deal in Australia for 2016 raises more than $675,000

However the phrase “With three days still remaining, it has raised $675,000 from 15 wholesale investors” shouldn’t be the substance for a headline like “First equity crowdfunding deal in Australia for 2016 raises more than $675,000”.

Even before the words equity crowdfunding evolved an entity could always receive $675,000 from 15 wholesale investors.

There has never been anything legal stopping that. Equity crowdfunding, as I see it,  is about gathering and communicating with people that are somehow related or connected now or in the future to an entity and are effectively the entities crowd. And … they are not all “smart investors” as smart investors are normally orientated towards the investment by more traditional means rather than having been gathered by the entity for this individual raise!

This happens a lot on Real Estate Equity Crowdfunding platforms. The investors are gathered off-line and then published online. Problem with that is you never actually know if the platform, the intermediary, another platform or another intermediary actually “raised” the funds the platform is claiming.

15 wholesale investors and no other investors is someone else’s crowd. They certainly aren’t the entities crowd.

After over 300 equity crowdfunding raises I found the following statistics were fairly true. Gather a crowd of 620 around your entity, of those 207 will read your offer document and 20 will invest. From your crowd. Yes there will be 2 or 3 sophisticated or professional investors … but 15!

As you glance around platforms in Australasia whether it be Equitise, Snowball or Venturecrowd there are more and more hybrid raises being pitched. Meaning raises where only part of the raise is sought on the platform. In other words it is someone else raise.

The often touted “we are democratising investing” is getting lost as platforms move their focus away from early stage startups and SME’s not yet ready for the “smart money” towards raises that are well and truly pitched at the smart money.

The Australian Equity Crowdfunding Legislation on its way through parliament at the moment will just reinforce this trend. Deals for “smart investors” run by licensed operators that will use retail investors to top up deals. On its own there is nothing wrong with that but all the hype has been around supporting small business and job creation. That wont happen the way things are going because in reality the type of pitches we are seeing probably would have been funded by the “smart money” any way.

If you read a previous post of mine on the legitimisation of friends and family investment you will see the two frames of equity crowdfunding.

The Australian Small Business Minister has pitched it as 1. above (where job creation is) but delivered 2. above. This mismatch is why there has been negative criticism. Helping small business and creating jobs speeches go down well with the electorate but this is not going to happen with the proposed Australian Equity Crowdfunding Legislation.

Long term these licensed intermediaries, as agents of the state because they are trusted to manage the transactions with integrity and fairness will be superseded by peer to peer blockchain facilitated structures. Then true intelligent investor aggregation and embedded trust factors will be more relevant than gatekeepers, their own crowds and the regulator.