Story: Veronica Mars was a TV show that aired between 2004 to 2007; Kristen Bell played the title character. The show developed a cult of devout followers but was cancelled after just three seasons. The devout followers yearned for Veronica Mars to either get picked up again, or for the characters to return for an encore in a movie.  After several years, the writer and producer of the show Rob Thomas was finally able to convince the studio that owned the series to make a movie if they could show sufficient interest in it by fronting up with $2 million. Thus began the resurrection of the cult network-cancelled TV show by doing a raise on kickstarter.

Team: The video on Kickstarter showed the team being assembled and as the raise progressed the team was expanded. Seeing the original actors as passionate as their fans about the movie solidified them as the team to do the  job together with their fans.

Followers: The group of of devout Veronica Mars followers gathered between 2004 to 2007 plus fans of Kristen Bell’s other movies was enough to get real momentum upfront and during the campaign. 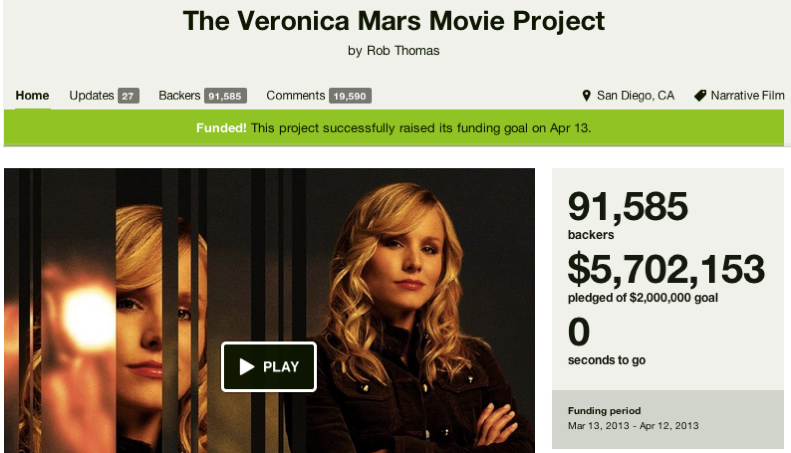 This resulted in the fastest project ever to raise $1 million on Kickstarter and it became the website’s biggest film project so far by both dollars and the most backers of any project to date.

Fast forward to March 2014 and the film has been shot and ready for release on March 15th. 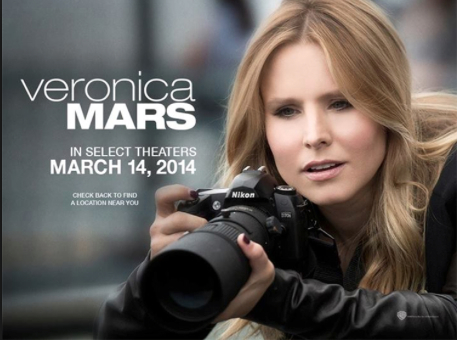 But the team has not stopped there. This is where linking a crowdfunding raise with a charity drive comes in. With nearly 92,000 backers the “project team” has embarked on  another crowdfunding raise, this time for Charity.

What a smart way to both promote the movie and contribute to a worthy cause.

All funds got to PATH. PATH is a family of agencies working together to end homelessness for individuals, families, and communities throughout Southern California.

Kristen Bell and her team have …

2) Filmed it and will deliver as promised on March 15th

3) Started a second raise to benefit the PATH charity.

1 thought on “Linking your Crowdfunding raise with a Charity drive”