Social proof is a psychological phenomenon that occurs in ambiguous social situations when people are unable to determine the appropriate mode of behavior. It is also known as informational social influence. People often make the assumption that surrounding people possess more knowledge about the situation, they will deem the behavior of others as appropriate or better informed. 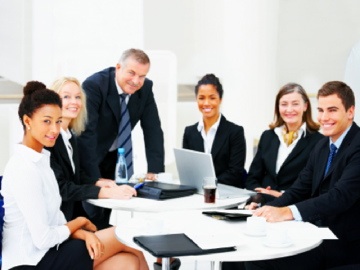 As an example, say we have a person who has been unemployed for a long time.

The “social proof” is assumed to be that if the guy hasnt got a job even though he is highly qualified he is not worth employing.

This causes the potential employers to search more intensively for flaws or other negative characteristics that are “congruent” with or explain the person’s failure and to discount the applicant’s virtues.

– Advertisers tell us they have the largest selling album, care etc

– Bandura, Grusec, and Menlove (1967) used the principle of social proof to treat young children who were terrified of dogs. The treatment was very simple. They merely watched a boy play happily with a dog for twenty minutes a day. After only four days, 67 percent of the clients climbed in a playpen with a dog and played with him.

– Joshua Bell the famous violin virtuoso played in the Washington DC subway during the morning rush hour. He took his $3.5 million Stradivarius violin and played. Almost no one noticed or stopped to listen. He collected a total of $32 for an hour of playing (not counting a $20 bill that was given by a person who recognized him). Without his posters and huge venues and fans he was totally barren of the fame that he would have encountered in another venue. The commuters responded as if he was needing the money rather than judging his playing ability and the violin.