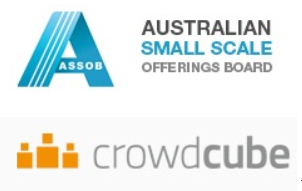 The two most active countries in equity crowdfunding or raising capital with the support of unaccredited investors are Australia (8 years) and the United Kingdom (3 years).

ASSOB in Australia and Crowdcube in the United Kingdom have enough runs on the board to pass on some capital raising lessons to us.

Each operates equity crowdfunding under differing legislation but in reality both have established and operate the largest platforms in each of their countries, ASSOB has facilitated capital raisings of $138 million and Crowdcube $36 million.

One of the best ways to understand the learnings from the platforms is to look at some examples of successful capital raisings.

The initial capital raising was for $1.5 million to increase production six times. Subsequently further funds were sought to further expand production and distribution.

The initial raise of $1.5 million was oversubscribed by $1 million. Eventually $3.3 million was raised

Preshafood won first prize in both the ‘Best New Juice or Juice Drink’ and the ‘Best New Beverage Concept’ categories, from over 340 entries from 40 countries. The awards served to cement Preshafood’s position as a growing competitor in the quickly developing non-alcoholic beverages industry. The also won Telstra Small Business of the year award and are now profitable, growing and will probably exit to a major drinks industry player

E-Car Club, the UK’s first entirely electric car club, was formed in September 2011 and was funded via the Sustainable Venture Development Partners.  The company also had a grant from the Technology Strategy Board (TSB)

Following the successful launch of three Nissan LEAF cars in Wolverton and Milton Keynes, a capital raising of £100,000 was sought to fund operations, including establishment of additional hubs in Southern England and development of strategic partnerships.

E-Car Club successfully raised £100,000 from 62 investors allowing them to continue to develop the business.

In February 2014, E-Car Club secured £500,000 of funding from Ignite Social Enterprise LP, the social impact fund backed by Centrica Plc. The additional funding will allow E-Car Club to pursue its social mission, delivering access to lower cost transport solutions and improving the quality of life for local communities in up to twenty new locations.

Opmantek Ltd is an Australian business that develops, markets, packages and distributes software in the network management field.

They were seeking $600,000 in exchange for 25% equity in the company, to launch commercial modules and services to the existing customer base.

The funds raised through this offer were predominantly to:

$700,000 was raised and due to continued demand in the shares secondary sales eventuated

Righteous, the ‘all natural’ salad dressing brand was set up by ex-Unilever marketer Gem Misa in 2011.

In 2012 Gem raised £75,000 to create a marketing campaign and nurture growth. At the end of 2013 Misa a capital raising for further £150,000 to expand into overseas markets, including Canada via Costco and the USA via Whole Foods distributor KEHE.

The potential for this London-based business is huge, with the USA condiments market worth ten times that of the UK (£11 billion).

SelfWealth offers a low-cost, holistic solution to self-directed investors delivered seamlessly on-line, enabling investors to take greater control of their own wealth creation for an annual subscription fee without commissions.

SelfWealth sought $1,492,551 to build their on-line offering to self-directed investors.

The Company has developed a  social network for investors. Instead of paying fees and commissions to professionals, SelfWealth enables pension fund owners to collaborate with the community and construct their own portfolio. SelfWealth is providing portfolios, performance, reporting and great research tools – all in one place.

Each of the above equity crowdfunding raises needed a compliant professional equity funding platform but more importantly each needed a story, team and followers.

For companies considering raising funds they should self-assess to check they have: 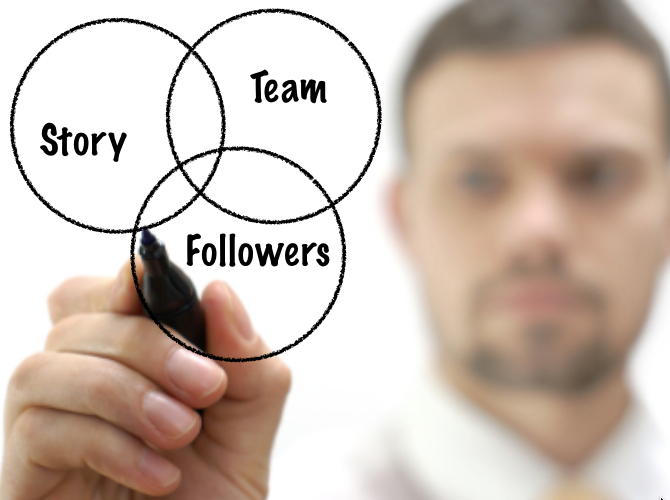 Each of the examples above had a great story, good business and capital raising teams and lots of followers.

In regard to followers, ASSOB’s experience is that the campaign manager and the capital raising team must motivate their own networks and drive support and investments from friends, family, fans and followers.

The capital raising teams (including intermediaries) for each of the above raises will have personally engaged with 80% of the eventual investors. Experience shows that around 50 to 60 percent of the investors usually come from people 1 to 2 levels out from the entity raising capital. That is friends, family, fans and followers. A further 20 to 30 percent come from the second level contacts. Friends of 1st level contacts. Finally the rest, and usually later in the raise and often by far the most money comes from so called “smart money”. People the raisers initially have no contact with but these people wait to see that people are supporting the offering which give it legitimacy.

To successfully raise the capital, capital raising teams need to roll up their sleeves. The need to point their 1st and 2nd level contacts towards the profile page on the capital raising platform and once they are there they need to reach out, nurture and convert investors at each level of contact. Online marketing isnt enough. Frequent updates and personal interactions are essential.

Once Title III is enacted these examples will be multiplied many fold.